How to Celebrate Halloween AND End the World

Samhain is truly our time to show Cultist Pride, our devotion to Dread Lord Cthulhu - and get out the vote. Here are some ways to do it!

From primitive shaman headgear to elegant ballroom masks to modern latex, Cultists of Cthulhu have always showcased their devotion to the Dreaming God with signature style. Make a declaration of your own this Halloween in one of these five looks—or enlist your friends and put together a group costume that spans centuries.

Sure, you can always go the traditional route with a hooded cloak, but Cthulhu is always looking forward to the day he consumes us all. And the cult is no different with a large selection of forward fashion options to show your devotion!

In the 15th century, well-heeled cultists held masquerades in honor of Lord Cthulhu. While many masks bore attributes of the Great Ones and Elder Gods, only the host and the High Priest could wear depictions of Cthulhu himself.

Now you too can revel in style with this recreation “Octopus Mask.” 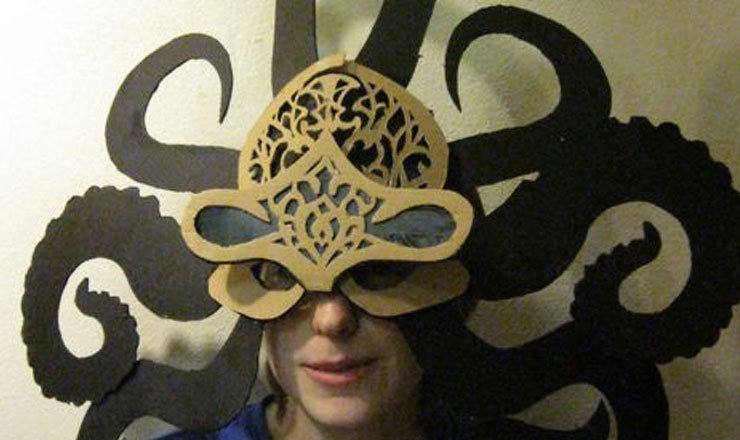 Cultists in the 1800s had their own dapper celebrations with tentacle evoking facewear and top hats. During the Civil War it was not uncommon for warring sides to worship Cthulhu together; offering equal numbers of heretic prisoners of war from both sides. 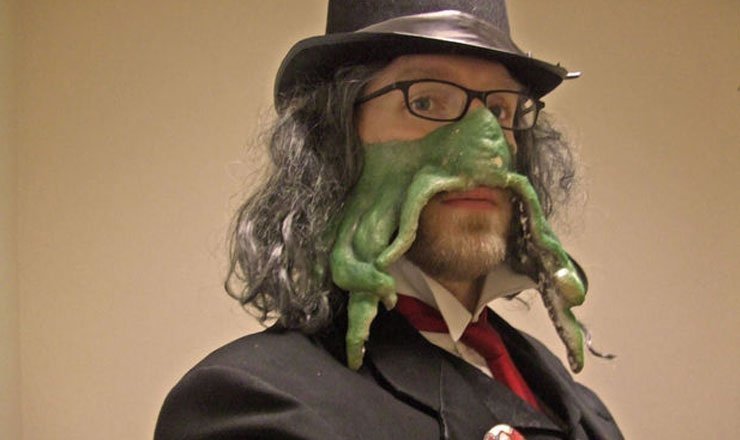 Go Pods! Miskatonic University has always had an aggressive athletics program, but it was only when it was declared a state institution in the 1990s did they formally get a mascot costume.

Now you can make your own “Mascot Cthulhu.” 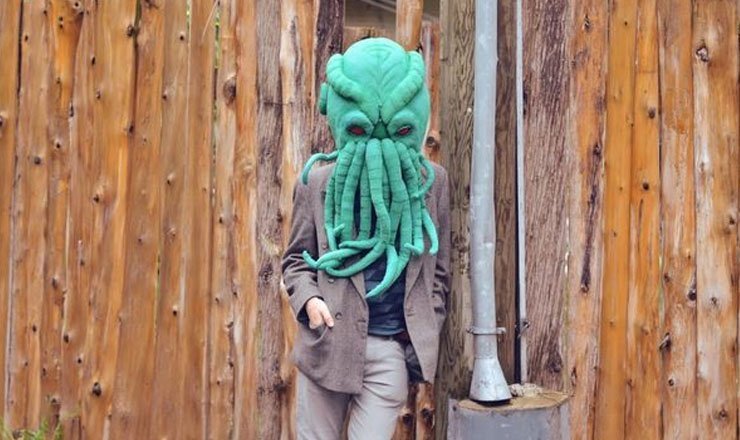 Worshippers of Cthulhu do not have the Puritanical hangups of average Americans. As an expression of this personal freedom modern Cultists sometimes prefer ritual-wear made of leather or latex.

Get your freak on with “Dominance Cthulhu.” 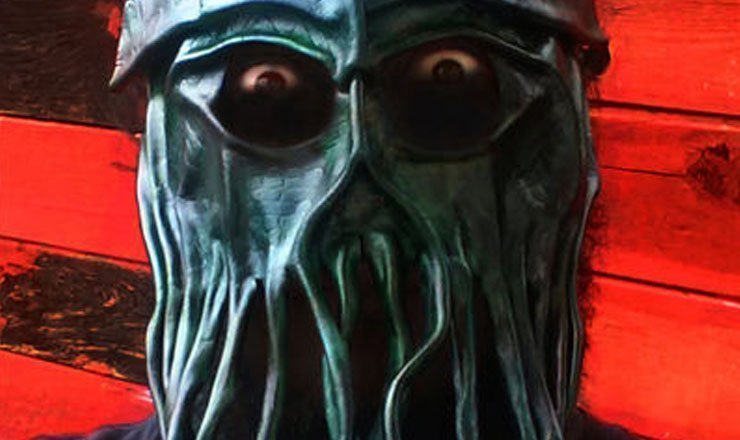 But truth be told, it does not matter how fancy your ritual garb is at the ceremonies on Saturday. Even a crudely painted piece of cardboard with a twine tie can be a conduit for power. 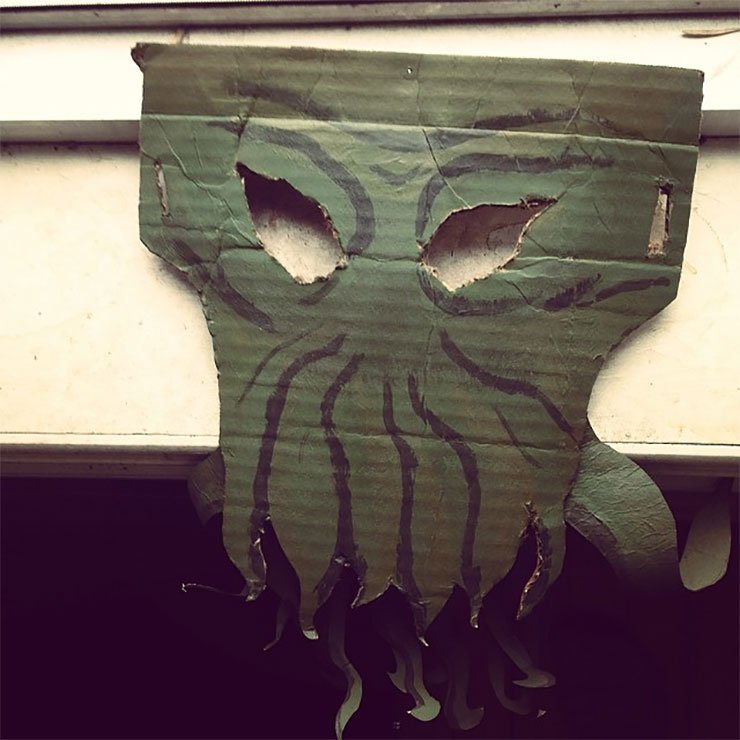